Scripting in Google Apps is a Powerful Secret Weapon

Not many people know about about Google Apps Action Scripting, yet it's one of the things in Google's arsenal that increases the value of the product exponentially.   Much like Microsoft's Office Macros that allowed some seriously useful new functionality to be written on top of data gathered in spreadsheets or word documents, Google Apps Action Scripting allows taking the data and documents to the next level.  Unlike Microsoft, Google Apps Scripts can run across multiple products making sense and shifting data between the apps. 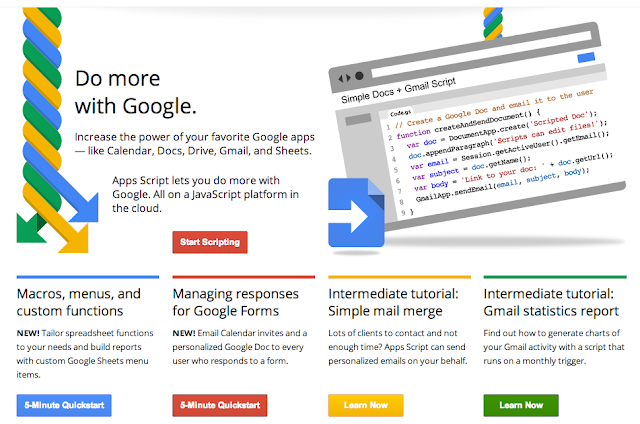 Here's an example of what can be done with a simple Google Apps Action Script:

This script for example will copy all the Gmail image attachments into the Google Drive, making the images searchable with OCR and providing for a much easier access.

(for those that can read the code, notice how elegant and simple the scripts can be)

As an added benefit, this type of scripting capability gives IT departments something useful to do (this may sound sarcastic, but IT people need incentives to get on board with SaaS and believe-it-or-not, they want to provide value to the organization)

It will be exciting to see how it evolves, but my money is on Google Apps at this point as the ROI between the collaboration, scripting, and revision management is getting to be very high!