Rent a Chromebook for $30 per month

You may have missed Google's announcement about making the Chromebook or Chromebox available for rent rather than having to buy it outright: http://googleenterprise.blogspot.com/2012/09/trying-something-new-rent-chromebook.html

This is pretty big deal when you're thinking about replacing the old fleet or if you're forming a brand new company or opening a new office.  The cost for 50 laptops for example can easily add up to $70-80k, but with this deal you would just have to pony up $1,400/mo.

Whether it gets a lot of customers off the fence and into the brave new world of web-only computing remains to be seen, but at least Google is experimenting with the model trying to get the adoption in the market which is good to see..

Also Google Chrome OS has come along quite a bit since its modest beginnings and might just be ready for a prime-time..

Have you grabbed one yet?  What's your impression?  I'm interested to hear!

Here are a few reviews: 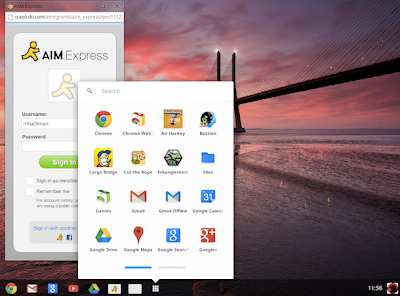