This is definitely the year of marketplaces. With Apple leading the way with successful marketplace for apps, now everyone from RIM (blackberry) to Google and Intuit are jumping into the fray trying to replicate Apple's success. It's the last two that I want to talk about, since they focus on the SaaS applications as the apps that make up their marketplaces. Both have a valid reason to do it - they want to be at the center of development activity. Both have very similar lineup of apps (a lot of SaaS app developers are hedging their bets, integrating with both systems) 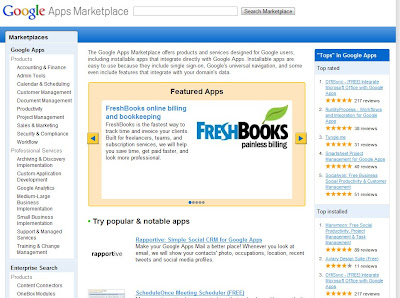 Google's marketplace is centered around Google Apps (email, documents, contacts, etc), while Intuit's is centered around their very popular accounting software. Both offer developers single sign-on mechanism, some access to their own applications for integration purposes, billing (actually Google doesn't yet, but will soon) . Both offer developers to host their applications and provide different levels of development tools. Intuit even goes as far as to offer file storage ala Amazon's S3, which Google doesn't offer yet. 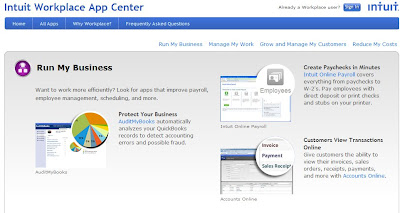 One thing you notice if you look closer is that 3rd party SaaS apps are not yet deeply integrating with either service. Most implement single sign-on. Some will make it easy to import / export data to/from the app they are integrating with; but lacking the level of integration that would be considered significant. Perhaps this is just the beginning and the integration will get better from here; but something tells me that these apps will try to keep a neutral stance and avoid putting the hard work into deep integrations.
Bottom line? Integrated apps are better than non-integrated apps. :) You'll have to choose which to start with Intuit or Google Apps, and this can be a bit of a hassle..
All in all, I'm excited to be watching these developments as they can mean significant improvement to ease-of-use and productivity. Happy SaaS'ing!
Posted by Unknown at 11:37 PM